PREPARATIONS -TO WITNESS THE LONGEST ASTRONOMICAL EVENT OF THE CENTURY 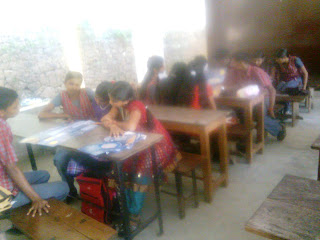 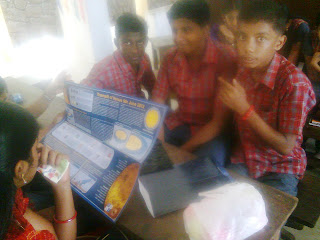 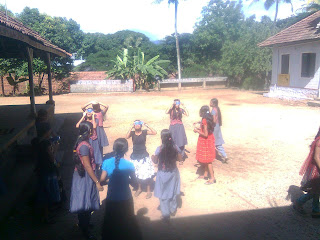 Posted by galaxy astronomy club at 07:17 No comments:

Transit of Venus- 06 June 2012 will be a life time opportunity for everyone on the Earth.

what is Transit?
When Moon comes in between the Earth and the Sun ,it is Solar eclipse. Howe ever,when either Mercury or Venus -Either of the interior planets-comes between the Sun and the Earth ,it called Transit
The discs of the planets of Mercury and Venus ,As seen from the Earth ,are much smaller than that of moon .Therefore they make no more than a small black dot when they move in front of the face of the Sun as we see in the picture shown above .
On June 06/2012 ,we shall have the good fortune of watching Venus move across the disc of the Sun.
In India, on 06 June 2012, transit will commence well before sun rises and one can observe the phenomena on Sun’s projected image or through approved solar filters supplied by authorised agencies from morning hours to mid morning.

The first recorded observation of the transit of Venus was done by the British Priest, Jeremiah Horrocks, in 1639. Jeremiah Horrocks was the first who used his observations to measure the Earth to Sun distance, called the Astronomical Unit (AU).
The next pair of transit of Venus will occur in 2117 and 2125, making it truly once in life time opportunity. !!!!!!!!!
Posted by galaxy astronomy club at 22:24 No comments:

TO SEE THE WONDERS OF THE UNIVERSE

Names of Some Organisations Related to Astronomy

TO SEE THE WONDERS OF THE UNIVERSE

Posted by galaxy astronomy club at 22:55 No comments:

Email ThisBlogThis!Share to TwitterShare to FacebookShare to Pinterest
Labels: TO SEE THE WONDERS OF THE UNIVERSE

The Indian team bagged three medals-a gold, a silver and a bronze-at the 16th International Astronomy Olympiad held at Almaty, Kazakhstan. Twenty-one teams from 20 countries participated in the event held in September.
Two professors and an observer from the Nehru Science Centre, Worli, had accompanied the three-student team.
Sandesh Kalantre from Amravati won the gold, while Pavan Hebbar from Karnataka and Varun Reddy from Andhra Pradesh bagged silver and bronze medals respectively. Std XI student Pavan said, "It was a proud moment for me. I have been interested in astronomy since my childhood and want to become an astronomer."
The selection process was conducted by the National Council of Science Museums. Three hundred students selected from all over the country were given an aptitude test in astronomy. A three-week orientation camp was conducted jointly by the Homi Bhabha Centre for Science and Education and the Nehru Science Centre.
The students were taught astronomy, trained in sky observations and telescope handling and data analysis. The Indian team participated in various events at Almaty in Kazakhstan, which was hosting the olympiad in junior category. The events included theory papers, practicals and astronomical observation [courtesy -Times of India]

Posted by galaxy astronomy club at 20:57 No comments:

The scientists fired a beam of neutrinos 454 miles (730 kilometers) underground from Geneva to Italy. They found it traveled 60 nanoseconds faster than light. That's 60 billionths of a second, a time no human brain could register. if true, would break a fundamental pillar of science, the idea that nothing is supposed to move faster than light, at least according to Einstein's special theory of relativity: The famous E (equals) mc2 equation. That stands for energy equals mass times the speed of light squared.
Can We challenge this genius ? 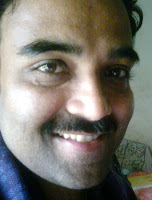 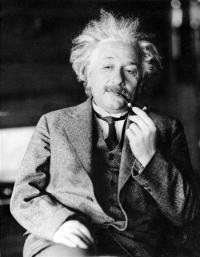 Let us have an 'early' discussion in the light of that shocking finding released
Betting against Einstein and his theory of relativity is a way to go broke. For more than a century, everyone from physicists to the Nazi Party - which encouraged the publication of the tract "One Hundred Authors Against Einstein" - has tried to find cracks in his work. And all have failed.[Ap]
There's a long history of experimental results that at first seem to contradict relativity, only later to be found to fit neatly with the theory Albert Einstein loved for its simplicity and elegance!!!!!!!!!
Even Einstein himself was wrong in 1929 when he called his cosmological constant ,his "biggest blunder." He introduced the constant in his general relativity theory as a force that keeps the universe from collapsing. In 1998, new findings showed that the universe is accelerating and that in general Einstein's "blunder" wasn't a mistake.
Harvard University science historian Peter Galison said Einstein's relativity theories have been challenged and "pushed on as hard as any theory in the history of physical sciences ever" and they have survived.
The elegance of Einstein's theory and its proven track record are forced to believe most of the physicists around the world , about the new findings has been cautious, not easily convinced.
Some scientists are thinking like this,"When Einstein did his relativity, it didn't destroy what Newton did. In fact, Newton explains 99.9 percent of what is happening around us. But still, in some special conditions of matter, you are forced to use special relativity,. "Now suppose we would find one day that under extreme conditions you have to take into account corrections to what we know now. This doesn't mean that Einstein's wrong."
Some scientists believe that this is the glory of science,.such Experiments are allowed, even encouraged, to challenge the pillars of science.
So many new findings,after Einstein that could change modern physics, may have blocked by Einstein's findings , because nobody can ever challenge his brain works .But now this is an experiment result ,that we are using as a weapon to challenge this extraordinary genius,.If we win ,there will be a flow of new amazing facts that could change the world itself. If we fail ,we will have to bend our head once again in front of that genius.....Let us watch it ,and enjoy it with a scientific temper !!!!1
Posted by galaxy astronomy club at 20:41 No comments:

Email ThisBlogThis!Share to TwitterShare to FacebookShare to Pinterest
Labels: astrophysics